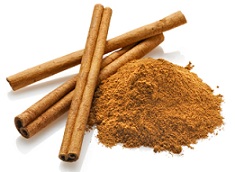 Cinnamon is part of the family Lauraceae. Its flavor is sweet, woody and spicy.Warmer climates are needed to grow well.

Beyond its use in gastronomy, this spice has been used for thousands of years for its many health properties, which now, with the development of pharmaceuticals, have been lost somewhat.

1. One of the biggest benefits of cinnamon is its use in patients with type 2 diabetes cinnamon consumption, especially fasting and after meals, helps reduce blood glucose levels, thanks to its compound B1 cinnamtannin. Studies have shown that this compound stimulates insulin receptor and inhibits an enzyme that inactivates them, thereby increasing the ability of cells to use glucose.

2. The digestive system is also favored by the benefits of cinnamon. Some components such as dietary fiber, iron and calcium, adhere to bile salts and help remove them from the body; these bile salts may be harmful to the colon if not disposed of properly.

3. Cinnamon helps regulate bowel habits, so it can be used both as an antidiarrheal, and to treat irritable bowel problems.

4. Cinnamon helps stop nausea and vomiting, so it is ideal for pregnant consume it, especially in the first trimester, nausea which can be very annoying.

6. A good measure against flu, colds or respiratory condition is to add a few grams of cinnamon tea or directly prepare an infusion of cinnamon and fresh ginger. In these states cinnamon helps to reduce fever, reduce cough and lift your spirits. In turn antibacterial and anti-inflammatory properties help out more quickly in these tables.

7. It has been found that helps to reduce cholesterol levels and thereby prevents heart disease and arteriosclerosis.

9. Cinnamon also functions as a potent anticoagulant, ie that prevents blood platelets accumulate more than they should at normal levels.

10. The composition of cinnamon enhances the presence of vitamin C, vitamin B1, iron, potassium, calcium and phosphorus, so that even if consumed in small quantities due to its intense flavor, it gives us a set of vitamins and minerals essential for our body.