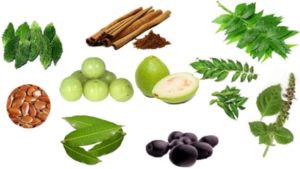 Combine all these ingredients. If you have evidence of a depressed immune system take 3 tsp. of the formula daily for up to 5 days. Double the dose during an infection.

Vitamin C may be the single most important nutrient for the immune system. It is essential for the formation of adrenal hormones and the production of lymphocytes. It also has direct effect on bacteria and viruses. Vitamin C should be taken with bioflavonoids natural plant substances that enhance absorption and reinforce the action of this vitamin.

Charles Silverman N.D. a Naturalist and Herbalist since 1979 is the author of the Home Made Medicine e-book and the www.HomeMadeMedicine.com website. Charles lives in Miami FL and has dedicated a major part of his life to teach people how to prepare their own natural remedies and natural products to treat virtually any disease. He has traveled around the world from Canada Germany France and India to the mountains of Peru and Argentina (South America) researching and studying the different domestic species of herbs and plants. Now you he wants you to have all of his secrets and knowledge in his amazing e-book and Newsletter.

Sixty five years ago medical scientists promised us that infections caused by bacteria and others would be a thing of the past due to the new discovery of patented pharmaceutical drugs. This very brave statement was made and almost automatically more than half of the herbs recommended in the U.S. Pharmacopoeia were taken off to be replaced with these chemical drugs. I wish I could tell you that the promised was kept and that now we live in an infection free world but this is not so. We are all familiar with the enormous amounts and resistance of bacteria. Antibiotics have not live up to their promised; to the contrary they have become a problem in itself by over use and side effects that cause liver kidney nervous and immune system damage.

Modern conventional medicine battles diseases directly by means of drugs surgery radiation and other therapies but true health can be attained only by maintaining a healthy properly functioning immune system and using Home remedies can definitely help to strengthen the ability to fight diseases.

It is the immune system that fights off disease-causing microorganisms and it engineers the healing process. The immune system is the key to fighting every kind of insult to the body from that little shaving scratch to the gigantic amount of viruses the constantly try to invade our bodies. Even the aging process may be related to a deteriorated immune system.Weakening of the immune system makes us vulnerable to every type of illness that affects humans. Some common signs of impaired immune functions include fatigue lassitude repeated infections inflammation allergic reactions slow wound healing chronic diarrhea and infections related to overgrowth of benign organisms already present in the body such as oral thrush vaginal yeast infections and other fungal infections. It is calculated that a normal adult gets an average of two colds per year. People suffering from colds more than the average are likely to have some sort of immune deficiency. Dark circles could be directly related to an immune system malfunction.Explaining what the immune system is the hard part. The immune system it is not an organ but an interaction between many organs structures and substances with the task of recognizing or differentiating from things that belong and those that don t belong to the body and then neutralizing or destroying the ones that are foreign.The immune system is like no other bodily system the patrolling and protecting tasks of the immune system are share by white cells bone marrow the lymphatic vessels and organs specialized cells found and various body tissues and specialized substances called serum factors that are present in the blood. Ideally all of these components work together to protects the body against diseases.

We use cookies on our website to give you the most relevant experience by remembering your preferences and repeat visits. By clicking “Accept All”, you consent to the use of ALL the cookies. However, you may visit "Cookie Settings" to provide a controlled consent.
Cookie SettingsAccept All
Manage consent

This website uses cookies to improve your experience while you navigate through the website. Out of these, the cookies that are categorized as necessary are stored on your browser as they are essential for the working of basic functionalities of the website. We also use third-party cookies that help us analyze and understand how you use this website. These cookies will be stored in your browser only with your consent. You also have the option to opt-out of these cookies. But opting out of some of these cookies may affect your browsing experience.
Necessary Always Enabled
Necessary cookies are absolutely essential for the website to function properly. These cookies ensure basic functionalities and security features of the website, anonymously.
Functional
Functional cookies help to perform certain functionalities like sharing the content of the website on social media platforms, collect feedbacks, and other third-party features.
Performance
Performance cookies are used to understand and analyze the key performance indexes of the website which helps in delivering a better user experience for the visitors.
Analytics
Analytical cookies are used to understand how visitors interact with the website. These cookies help provide information on metrics the number of visitors, bounce rate, traffic source, etc.
Advertisement
Advertisement cookies are used to provide visitors with relevant ads and marketing campaigns. These cookies track visitors across websites and collect information to provide customized ads.
Others
Other uncategorized cookies are those that are being analyzed and have not been classified into a category as yet.
SAVE & ACCEPT